Having lost a bet over who would become the next U.S. president, Edward Payson Weston walked from the Boston Statehouse to the country’s capital in Washington, DC—roughly 478 miles—to see Abraham Lincoln’s inauguration on March 4, 1860. Though, in the end, he would miss the inauguration by mere hours, Weston’s walk attracted wild attention, earning him supporters and sponsors all along his route.

Little did Weston know that his feat would launch a national obsession with walking: This was the beginning of pedestrianism, a sport that would precede baseball as America’s pastime, drawing tens of thousands of spectators to its ever-more-lavish races and events in American and British arenas.

Matthew Algeo’s latest book, Pedestrianism, published by Chicago Review Press, offers a comprehensive study of the development and celebration of this little-known sport, which experienced a surge of popularity in the 1870s and 1880s. Algeo, whose previous books include The President Is a Sick Man and Harry Truman’s Excellent Adventure, closely examines the culture of competitive walking and the frenzy into which it threw spectators—both American and British—in its heyday, exploring the physical, emotional, and political effects the sport had on the communities it touched.

Algeo delves deeply into the characters and achievements of the most famous pedestrians in this unusual history. He also offers a broad historical context, illustrating the circumstances that allowed the phenomenon of competitive walking to take root in late nineteenth-century society—proving that sometimes reality really is stranger than fiction.

In these pages, readers will find stories about a variety of competitive walking races, the results of which were telegraphed across the country and printed in bold headlines in extra editions of newspapers. Algeo also describes how the sport spawned some of the country’s first celebrity athletes, people whom spectators would pay a quarter or fifty cents to watch walk around in circles for days on end, marking the beginning of modern spectator sports. And, of course, he details the many races that captured the attention of so many people, the likes of which included Mark Twain, who himself attempted to take up the sport. 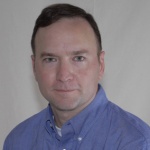 Though the descriptions of the famous races begin to blend into one another midway through the book (it seems you had to be there to really get the appeal of the spectacle), Algeo’s study of pedestrianism still manages to entertain. He captures the spirited atmosphere of the famous six-day races, vividly recreating the rowdy crowds and high-stakes competition. He paints the major players in such a way that they stand out from one another, more like fictional characters than textbook renderings, and he is deft in recreating the nineteenth-century world they come from.

It is exactly that deft treatment of this unusual world that allows the book to be a success. Pedestrianism was not born in a bubble and, although Algeo certainly delves deeply into the characters and achievements of the most famous competitors and their fans, it is in putting the phenomenon in context that Algeo shines. Without that bird’s-eye view, as intriguing as it is, the sport of pedestrianism might not carry enough weight to warrant an entire book. But, as an odd new lens through which to view this segment of American and British sport and history, this amusing retelling of that strange pastime works just fine. All in all, Algeo’s mastery of the time period and his approachable writing style turn an obscure pocket of sports history into an interesting weekend read.

Learn more about Pedestrianism, the book.

2 responses to “Walk This Way”