A Summer for Satire

Nix Walters is a struggling writer with a failed novel under his belt and a non-tenured teaching job that has just about zero potential for professional advancement. He lives in a hovel of an apartment in Wicker Park, steps away from drug deals and drive-by shootings. He survives paycheck to paycheck with his wife Flora, who seems to be just about the only bright spot in his life.

So sets the stage for Ian Morris’s debut novel When Bad Things Happen to Rich People, a darkly comic satire that jabs at everything from Chicago and its leafy, lofty suburbs to business and capitalism to the fields of academia and publishing.

Morris, who is the founding editor of local publishing house Fifth Star Press and is a lecturer in creative writing and publishing at Columbia College, has set his novel in 1995 during the stifling heat wave that oppressed Chicago for a week—and a deadly week at that: More than 700 people died during the heat wave.

Death does not come knocking in When Bad Things Happen to Rich People, but the book is full of plenty of other strife, which at first appears dressed up as opportunity. Toward the end of spring semester at the fictional downtown Carnelius College, Nix is approached with an offer to ghostwrite the memoir of a local publishing magnate, an older woman looking back at the trajectory of her life, perhaps through rose-tinted glasses. The offer comes with a generous fee—so generous, in fact, that it allows Nix and Flora to leave their dingy apartment for a charming bungalow, which is especially good news as the move comes just when the couple learn they are about to become first-time parents.

The writer’s fee, the house, the pregnancy—all of that should mean good news for Nix and Flora, but it does not. Nix soon finds himself dealing with a somewhat inscrutable subject in his ghostwriting project, cagey quasi colleagues and enigmatic office politics, the fear of impending fatherhood, and a marriage that seems to be sliding off the rails in slow motion. 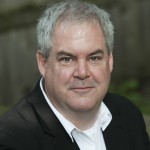 There is much going on in these pages, and Morris has admirably balanced all the people and events that color When Bad Things Happen to Rich People. Nix is a particularly interesting character, whom Morris has drawn with subtle lines and shading. Dispirited by the failure of his novel, Nix seems to have permanently abandoned any notion of literary ambition, although it becomes clear that he does, indeed, wish to rise above the station of his parents, penny-pinching anti-capitalists who seem to have thrived on frugality. This desire to get ahead is one that Nix seems torn about, wanting it but feeling guilty about wanting it.

A likeable anti-hero, Nix is a complex character whose motivations aren’t always clear. Aside from the generous writer’s fee, what drives Nix to take on an assignment that he is obviously reluctant about? His hopes for the manuscript—and ultimate book—go unspoken, and the reader is left to guess. Other key characters suffer from similarly unclear motivations, notably Zira Fontaine, the woman whose memoir he’s ghostwriting. Why, for instance, a publishing magnate would select a failed novelist as her writer remains an unsolved mystery. Similarly, whether the story needs to take place during that brutal heat wave in 1995 is questionable. One might here question the author’s motive, particularly as the weather doesn’t seem much of an issue at all until the last half of the book when the heat wave and the unstable elements of Nix’s life come together.

Subtlety, complexity, clarity—these may be issues for some readers, but Morris balances them with spot-on dialogue, evocative places, and witty satire. At times laugh-out-loud funny, When Bad Things Happen to Rich People is also naggingly sad. A certain melancholy lurks in these pages as we watch Nix navigate his career, his relationships, and his aspirations, none of which is easy or simple. Just as in real life, there are no facile solutions to be found in these pages, no neat and tidy happenstances that combine for an ultimately happy ending. No, there is a smudgy messiness here, and it feels authentic.

When Bad Things Happen to Rich People is an interesting rumination on aspirations and motives. Satirical and funny, it is neither neat nor simple. For those who like to take a little bitter with the sweet, Morris’s debut novel is a good thing.

Read more about the book.

3 responses to “A Summer for Satire”